Hi Tide is an acoustic duo from the Cayman Islands comprising of Shane Allenger and Sean Hennings. They are well known for their live performances and also for their recordings of classic covers and catchy contemporary original pop songs. As described by the editor of a popular weekly music magazine, “Hi Tide provides a nice mix of pop with a dash of Cayman which commercial radio enjoy and support”.

Along with their new release “Hi Tide Live 2”, they have a DVD/CD set “The Studio Center Sessions” and eleven other albums. Five with original songs, two with classic covers "unplugged", three Christmas collections and "Live at Deckers"

Songs from all of these albums are well represented on radio in the Cayman Islands, with three original songs -- “That’s What I’d Do”, “In Your Kiss” and “Open Invitation” -- making international charts. Their cover of Bob Marley’s “Waiting In Vain” has also been released in Italy on a compilation album.

Many of their recordings, both originals and covers are receiving extensive airplay on Satellite radio. Most notably on Kenny Chesney’s No Shoes Radio, Sirius XM Ch. 57. This has been very beneficial in growing Hi Tide’s following.

As well as putting on regular shows in the Cayman Islands, they have performed all over the world including mainland USA, Hawaii, Canada, Europe, South America and, of course, the Caribbean. Their appearances have included private gigs, one-off shows, mini-tours and many music festivals.

Hi Tide never stops working and despite their many performances, Shane and Sean are still finding time for the studio, writing and recording for future projects. 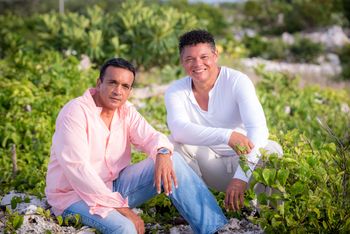 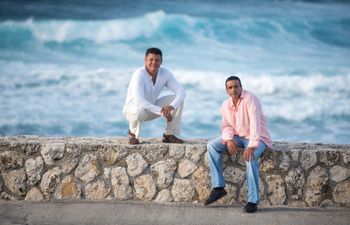 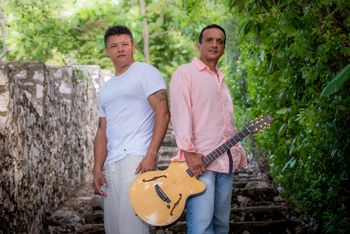